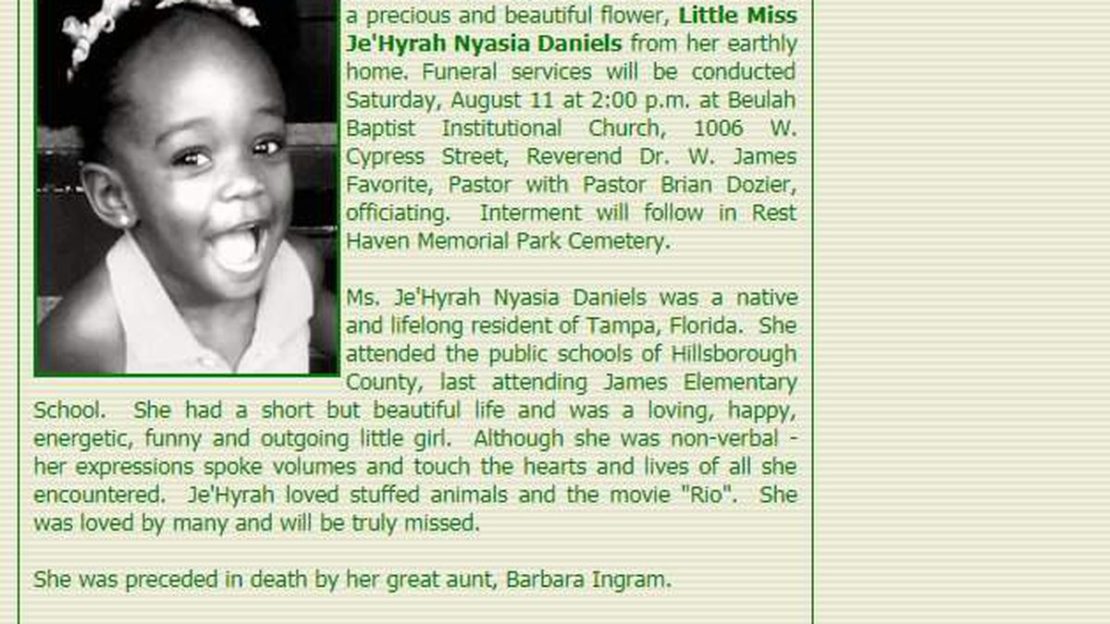 TAMPA – The young girl who drowned in the Hillsborough River last week, leading to her mother’s arrest on murder charges, will rest in peace this weekend.

According to her obituary, Je’Hyrah Daniels’ funeral is scheduled for 2 p.m. Saturday at Beulah Baptist Church, 1006 West Cypress Street, Tampa. She will be buried at Rest Haven Memorial Park at 4615 E Hanna Ave.

The first survivor listed in the girl’s obituary is Shakayla Denson, a woman accused of abandoning her in the river. The notice called Danson “a loving mother.”

Police said Danson, 26, was arrested last Thursday, hours after she waded into the Hillsborough River and released her 4-year-old daughter in shoulder-deep water. She was charged with first-degree murder, aggravated battery counts and car theft after police said she stole a car from a garage earlier in the day.

At Wednesday’s hearing, a judge ordered Danson to be held pending trial. Prosecutors successfully argued that if she was released on bail, she would be a danger to the community. Danson, wearing a red prison uniform, cried throughout the hearing as her family packed the courtroom’s small gallery.

Je’Hyrah’s obituary noted that she was born in Tampa and most recently attended James Elementary School.she loves stuffed animals and movies Rio, a computer-animated film about two macaws who fall in love. Other survivors include her father JeDaric and younger brother JeDaric, Jr.

The obituary did not mention that Je’Hyrah was autistic, but noted that she could not speak.

“Her life was short and beautiful, and she was a loving, happy, energetic, funny and outgoing little girl,” the obituary said. “Although she couldn’t speak, she had a rich expression that touched what she encountered. The hearts and lives of all…she was loved by many and will be truly missed.” 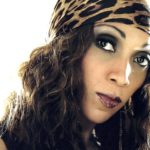 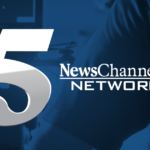