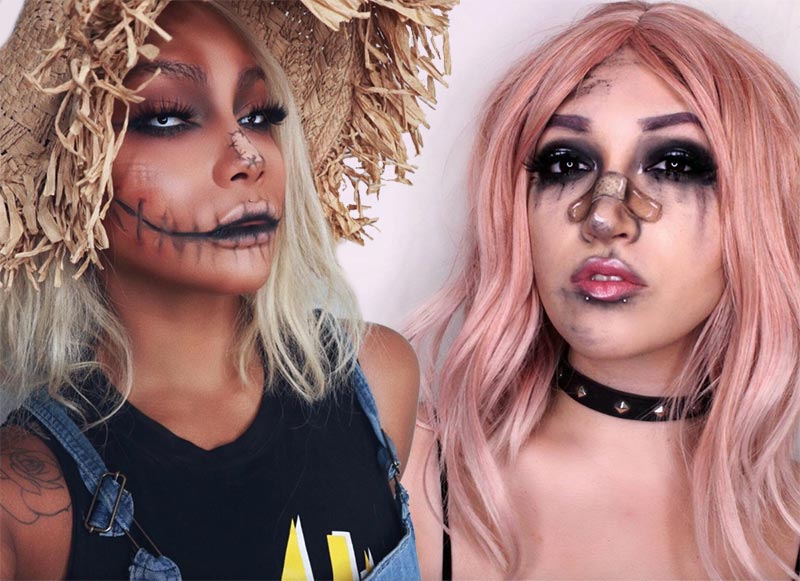 With Halloween coming around the corner, it’s time to start putting together the finishing touches on your costume with stunning Halloween makeup. Very few things can top an awe-inspired compliment from someone who loves your work. That feeling is even more gratifying if you put the man-hours in yourself. Halloween makeup can make or break your costume and can even constitute nearly an entire look itself.

Halloween has been known as All Hallows’ Eve, All Saints’ Eve, and dates to the Celtic festival of Samhain. Samhain was the night before their new year, marking the start of the cold, pressing darkness of winter.

It was believed that during Samhain, on October 31st, the ghosts of the dead could return. The barrier between the living and the dead was blurred. During the celebrations on Samhain, the Celts wore costumes, animal heads and skins.

Today’s celebration of Halloween is much different, but just as community involved and spectacular. Check out these 50+ creative Halloween makeup ideas for 2021 we have below, and don’t forget to show us how it went if you tried one out!

A combo of Jessica Rabbit and the Bride of Frankenstein is an unheard of Halloween makeup look. People will be wondering how you were drawn bad, even if you are not.

You can create a look that says anything you want it to, makeup is magic – look at her band-aid! This is one of the easiest Halloween makeup looks, yet it does require some makeup application skills.

Gold and white really pop on every skin color, so this is a great Halloween makeup look to go back to. It was inspired by cupcake sprinkles, and it’s a lovely Halloween makeup idea, if you want to sparkle in the dark.

Looking lit from within, as expected from a Jack-o’-lantern, the detail work of this makeup look for Halloween is simply amazing. It might not be the best option for those, who aren’t that skilled makeup artists, but if you have a friend who could recreate this look on you, you are going to stand out even on this creepy holiday!

Diana and Wonder Woman have been getting a lot of cool costume ideas, but to do so with Halloween makeup means you won’t lose any pieces. This is yet another easy Halloween makeup look on this list that you can master yourself.

If you are looking for a Halloween makeup style that features just a bit of gore and fright, this is the perfect look. It involves lots of stage blood, scar wax, and a pair of cool vampire-inspired contact lenses.

Sparkling highlights and light blues really give a crystalline feeling to this look. Ice Queen is one of the characters that never go out of style, so it’s a great idea to embrace this Halloween makeup look this year.

Steampunk is one of the greatest aesthetics, and paired with the Halloween skull and the painted neckpiece, the overall effect is amazing.

The negative space is the best asset for this Halloween makeup idea. It makes the look terrifying, while the jaw full of candy corn teeth is a bit whimsical.

The broken face look, especially when done to look like a broken doll is quickly becoming a classic. It’s one of those puzzle kind of Halloween makeup ideas that require lots of precision.

If Rainbow Brite had a dark side, this would be her aesthetic for Halloween. It’s one of those cute Halloween makeup looks that don’t scare, but still show the artistry and makeup skills of the artist.

Are skulls popular because we all have one? Or are these skeletons and half skeleton Halloween looks just amazing?

Perhaps your Halloween makeup look is more conceptual, like the aging diva here. Age is slowly taking over her face from one side to the other.

This is the Halloween makeup look for when you want to stun your audience in more than one way. You need to be a talented artist to emulate this look though.

Swirls and accents set this clown apart. The difference between clown Halloween looks will always be the style of paint.

Not just black and white, but grey and pink are mixed in too! The hand that paints this sort of look must be careful and practiced so that the idea is not lost.

What would Halloween be without a vampire? The red tinted interpretation works beautifully as a Halloween makeup look, with all the shades of red complementing each other.

Holo looks are on trend right now, and incorporating the galactic vibe into a Halloween makeup look is brilliant as well. Match that with the right wig or hair color, and some amazing mani, and you are good to go!

The only thing scarier than this Halloween makeup would be if she could do the voice as well. Freddy Krueger is one of the horror classics that will always find an interpretation on Halloween.

The red queen is dramatic, and this Halloween look has a lot of drama and skill in creating it. And, of course, you need the right costume to rock it, too!

This is a great Halloween makeup idea that could be carried out without any additional costume elements. Just the profile and hair are amazing enough!

What else can be said but ‘wow’ when it comes to a Halloween look like this? She could be a comic come to life or even an image drawn in coffee grounds depending on the outlook and interest of the viewer.

As a Halloween makeup look, the Bayou witch looks complete with a pet snake. It is done creepy and beautifully well here, and it is incredibly detailed in a way that shows it took time.

The Gingerbread taking over for the Halloween look is sure to make an impression at any costume party. What this look requires is lots of face and body paint, deft hands, and quite a bit of time!

The clown is a common costume on Halloween, but there are a lot of different ways to customize the look, and pastels are on trend.

She is one of the coolest characters Tim Burton has created. She is a perfect option for a Halloween makeup look, with interesting elements.

The supposed hard aesthetic of the skeleton against the soft lightweight curls will go down as a notoriously beautiful Halloween makeup look.

Highlights and metallic blended with dark shadow options make the impression that you can do the most with a little Halloween makeup magic.

This is a Halloween makeup idea that tap-dances into the realm of intense and scary. The feeling is definitely Halloween inspired!

Not the fairest of them all in this form, but this is the perfect use and command of sculpting out a face with makeup for Halloween.

31. The Other Coraline Makeup for Halloween

If only Coraline let her sew the buttons! This is a great makeup idea for Halloween, where you could decide to be the doll or Coraline as the ‘other mother’s’ daughter.

You can scare a lot more than crows with this Halloween makeup look and a skilled light hand. Oh, and don’t forget your straw hat!

The touch of gold is unexpected, and the carried away side of the face looks like it is worth more than just a glance. This is a fantastic Halloween makeup idea for those who want to take the classic skull look to the next level.

Perhaps you want a Halloween makeup look that is a little more low-key and fairy-inspired, and if so, this is the ideal choice for you!

‘Exposed’ bone and flesh are a popular Halloween theme, either as a victim or zombie, perhaps even a monster. The real trick is keeping the blood looking fresh.

A simple enough concept for Halloween – a gash here, a slice there, and you’re on your way to a perfect Halloween look.

Another example of SFX makeup for Halloween being well used is the half alien look, and the division between the two faces. The extraterrestrial look nearly glows, it’s amazing.

The look appears simple, but it’s gorgeous and complex and interesting from all angles. This is one of those Halloween makeup ideas perfect for divas that don’t want to scare at the party.

Metallic paint and just a touch of sparkle work wonders for this stylishly designed undead Halloween look. This was inspired by one of the looks spotted at Gucci’s FW 2020 runway show, and it’s amazing!

Just a bit manic in the quest for perfection, here it is beautifully splayed and accented with just the right number of feathers.

SFX makeup effects can really sell a look. Here it’s perfectly played with the skeleton paint, creating one of the coolest Halloween makeup looks – the melting one!

Adorable is not a strong enough word for how cute and spooky this cat makeup for Halloween looks. The strong cat eye is beyond perfection.

Clown looks that are creative, unique and eye-catching in an artsier way like this are unexpected and perfect for Halloween.

Pennywise’s signature look is pretty intense, but this is a great, softer version that can be done for Halloween.

Very little screams Halloween like a Jack-o’-lantern. This is a perfect Halloween choice that can be pulled off with makeup alone.

Just a touch of crustal, not too much and customized to her face makes this a great costume choice for Halloween. This is a nice way of adding a luxury touch to your Halloween makeup.

This is a showstopper of a Halloween look with clever color choices and techniques. The jeweled additions on the face and the neckpiece are excellent accent pieces as well.

A steady hand and clever placement can work wonders. Showing the endless starriness inside will gather compliments left and right.

She’s already covered in treats, so she’s probably out to play tricks! Covered in candy is a great look for Halloween, plus you can take your treats with you this way.

The soft peach color and beautifully painted blossoms are a lighter take on a full coverage Halloween makeup look. The pink contacts are a great touch!

Just a dab of danger and a smudge of mischief, along with the signature pale skin and use of pink and blue, and you have Harley Quinn’s look. It looks like body paint was included in this look, but the touch of crazy really sets off the look. 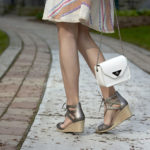 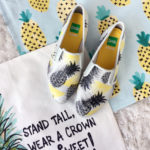